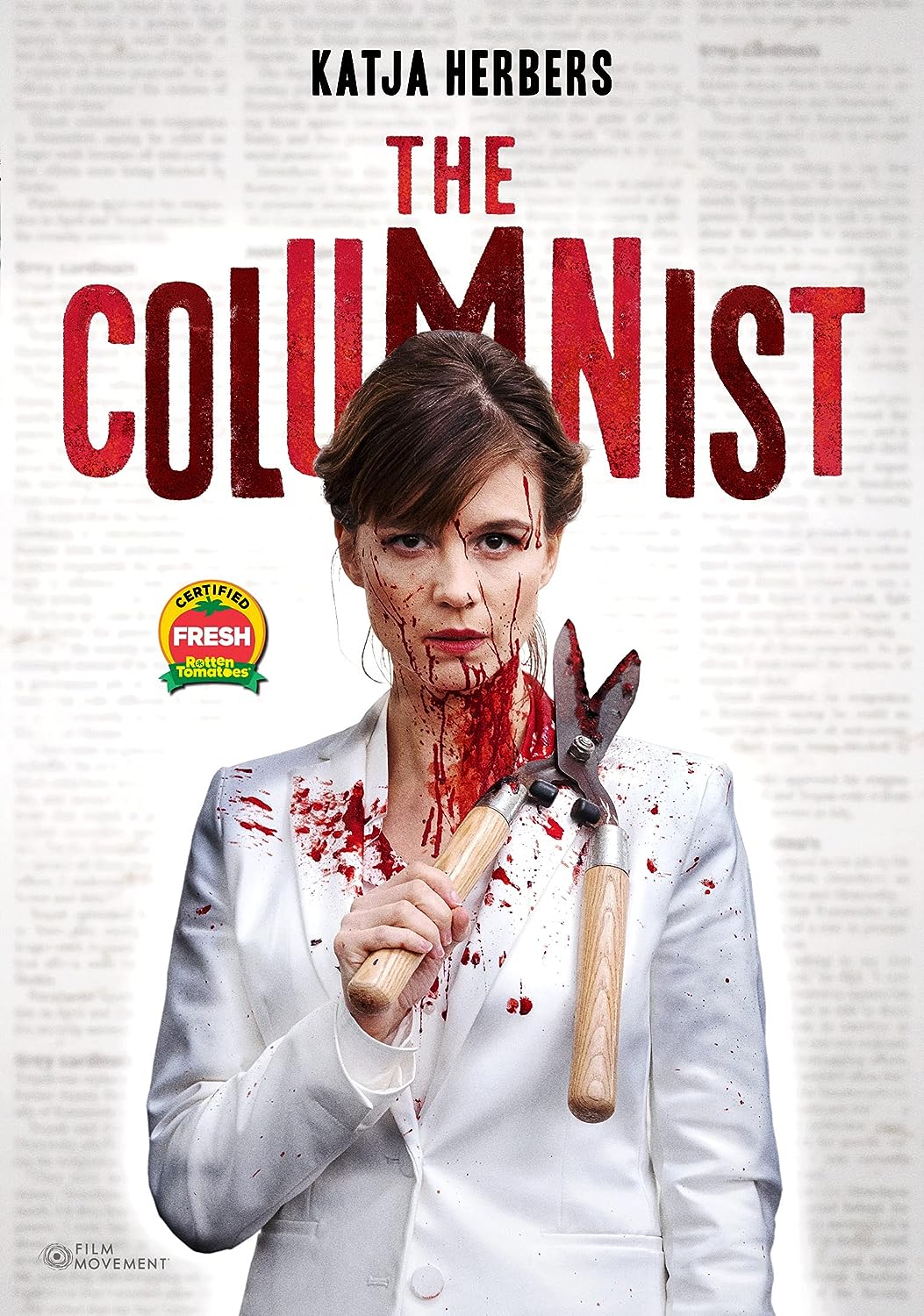 Successful columnist Femke is flooded every day by anonymous harassments and death threats on social media. She becomes addicted to the vicious messages, and finds herself continuously clicking back to the hateful comments before she goes to sleep. Not only is this affecting her motivation to write new articles, but she also needs to finish writing the novel she promised to deliver her publisher. One day, she snaps... the act of violence and revenge eases and inspires her - she writes like never before.

The Columnist is a sharp condemnation of those hiding behind their keyboards, hidden inside a hilarious look at a woman pushed to her breaking point. - Dierdre Crimmins, Rue Morgue Magazine

In a word, The Columnist is striking. The film is contemporary, intelligent, and, at moments, shocking. ... There is intent and intellect behind The Columnist that makes it an utterly irresistible watch. - Caitlin Kennedy, Film Inquiry

The film has a biting wit that feels very reflective of the current moment and Femke is a fantastic showcase for Herbers.... --Joe Lipsett, Bloody Disgusting

Scathingly funny and deeply unsettling, The Columnist is a smart, acid-tongued thriller that couldn't have come at a better time. - Ben Robins, HeyUGuys

Katja Herbers is simply phenomenal in the lead role, Femke, a heroine for our troubled times, the liberal who is mad as hell and fights back. - Martyn Conterio, CineVue

The Columnist is that rare mix of comedy and horror that isn't too cheesy or over the top. It's also definitely one of my favorite films of 2020.... - Lorry Kikta, Film Threat

Elegantly framed and beautifully shot throughout, shifting easily between the bright, clean interiors that shelter the commentariat and the murky world of the horror film, The Columnist is as seductive and as playful as it is discomfiting. --Jennie Kermode, Eye for Film

Explore A to Z

Thank you for submitting your feedback for JustDial. Your comment will appear on our site post the moderation.
Sorry, You have exceeded the maximum limit of Feedback for the day!!